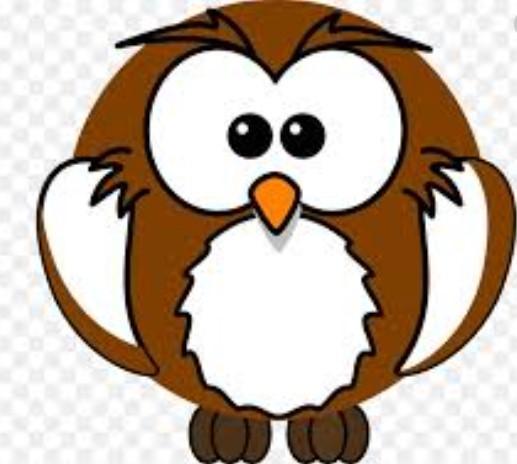 Despite have only about a third of the class with us in school and the remainder learning online at home we have been very busy looking at the Elmer books written by David McKee.

Our challenges this week have included ordering the numerals on mini Elmers and making our very own Elmer using a plastic milk bottle.
Within the classroom we have linking elephants where the children copy and continue patterns, Elmer jigsaw puzzles, books and dominoes. On the Interactive White Board, the children have been using their knowledge of how to use different colours to colour in Elmer with amazing results and great perseverance!
We have also make Elmer using a kitchen roll tube, googly eyes and stickers. They look amazing.
In our home corner we have a toy shop and the children this week spent time buying two items and used pennies to work out how much they had spent when buying two items. They loved it!
On the Funky Finger table, we again had mini Elmers, where the children used stickers to decorate him.
For our writing activity we thought carefully about Elmer as he is different and how this does not matter. We thought about what made us special and wrote some amazing ideas. 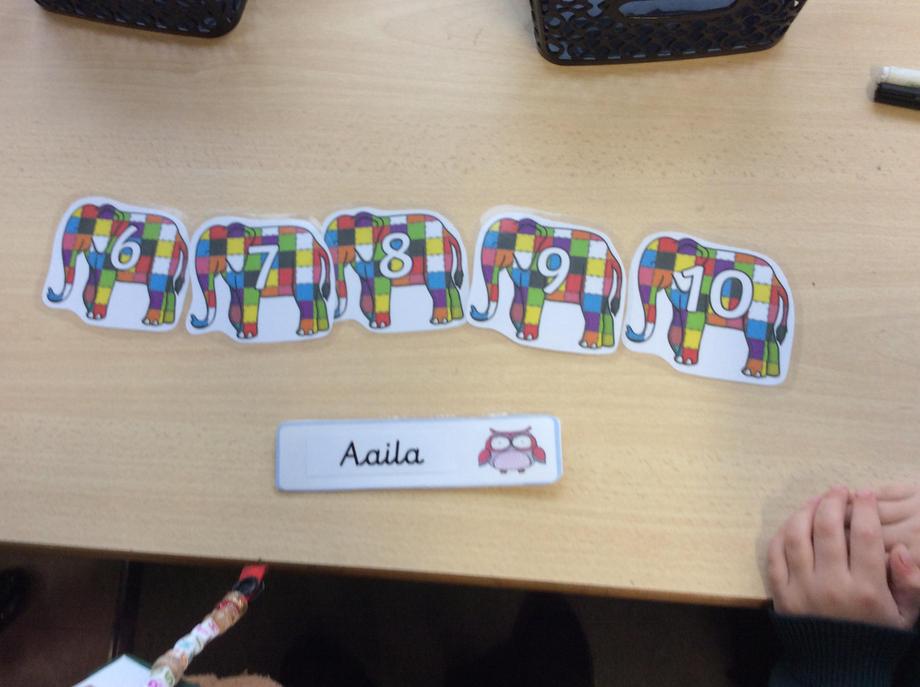 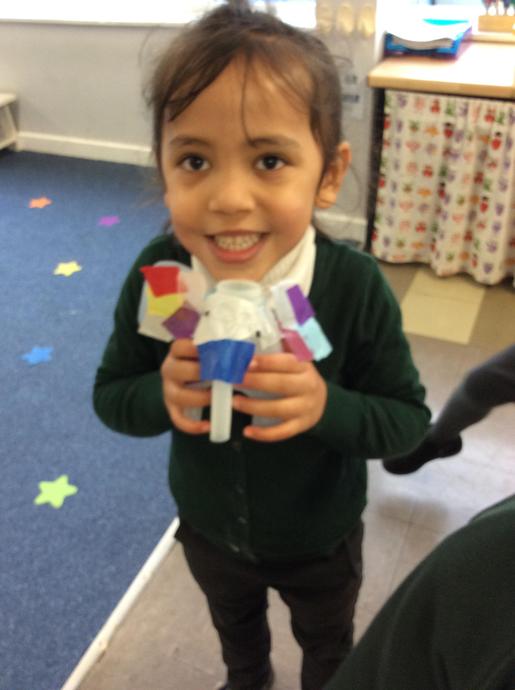 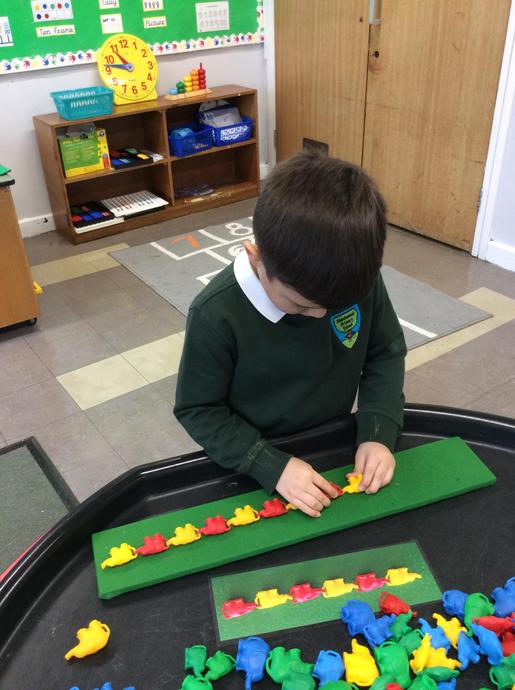 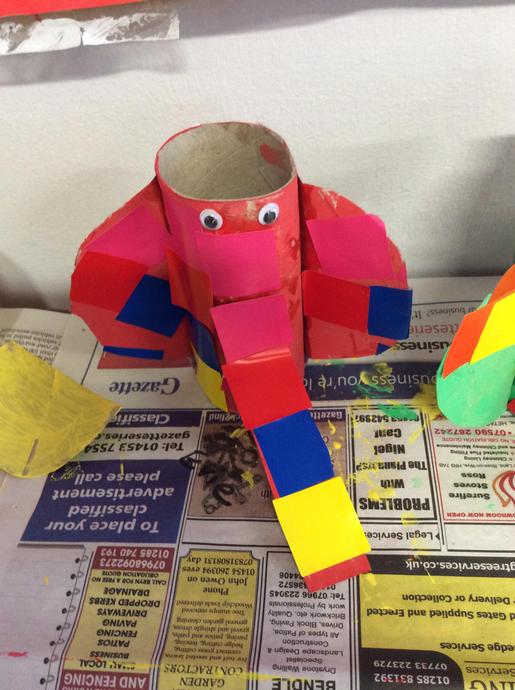 In Tawny Owl class this week we have been reading the story of The Little Red Hen. We made the Little Red Hen using playdough, recognised the numbers 0-10 and counted out pegs to match to give the hedgehog spikes and even made our own bread. We then drew a picture and wrote about how we made it. 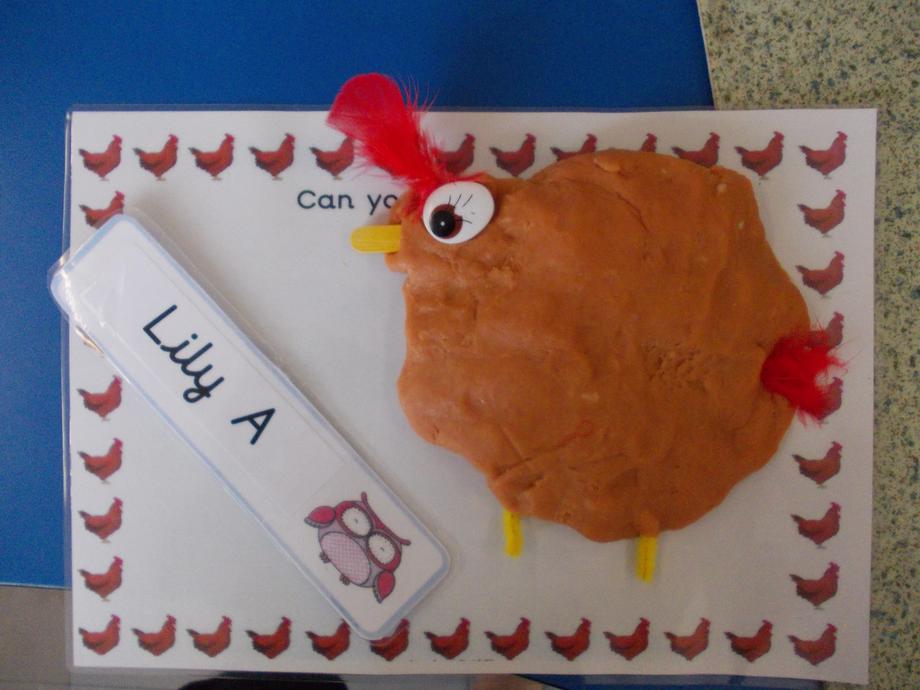 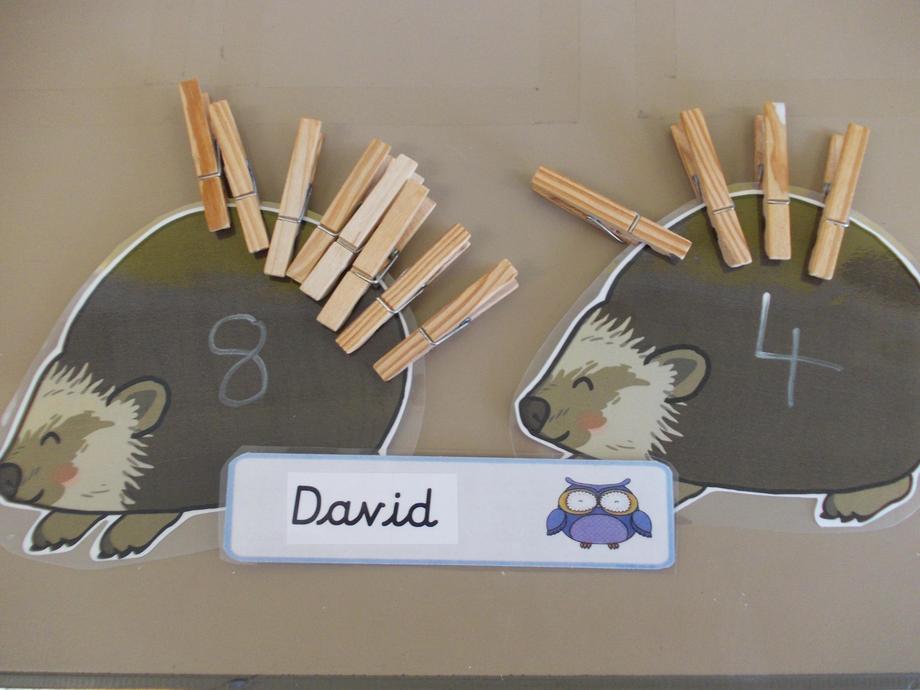 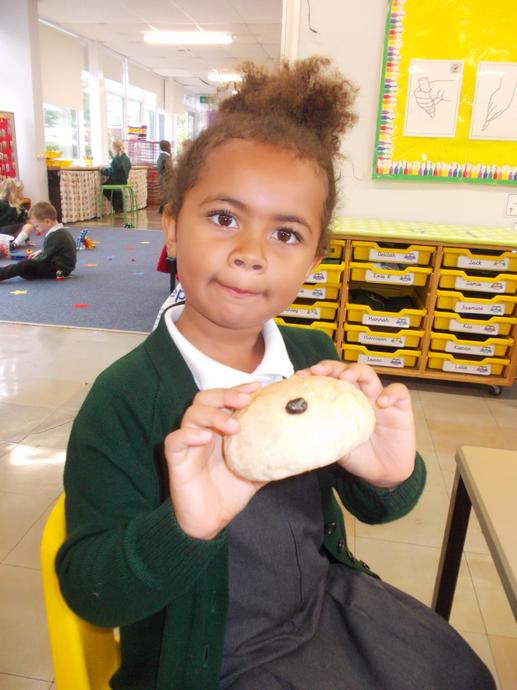 In Tawny Owl class this week we have been continuing to read the story of The Little Red Hen. We have fed the animals corn to match numerals, completed some writing about what the animals said when the Little Red Hen asked for help and made our own Little Red Hen using a paper plate.  We also enjoyed some Yoga from Cosmic Kids where we met Safeguarding the Handwashing Soap! 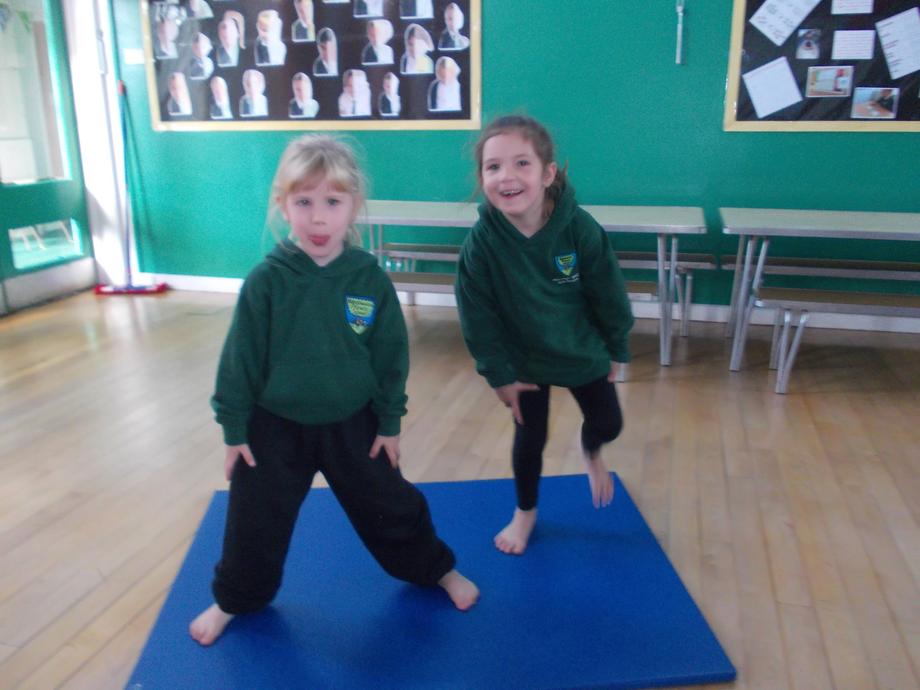 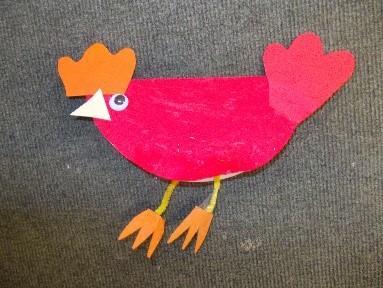 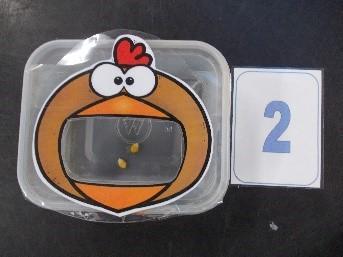 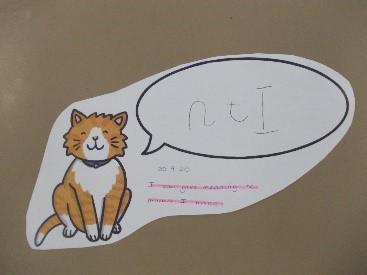 This week we have been starting to think about Autumn and Harvest and have been reading the story of Leaf Man. In maths, we hid Leaf Man around the classroom and used positional vocabulary to say where we had put him.  We have made our very own leaf men using leaves and have written about where leaf man went when the wind blew.
In one tuff spot we helped Badger find the pine cones hidden in the tree. In another one, we practiced writing our letters in the sand using sticks.
We also enjoyed some Yoga from Cosmic Kids where we met ‘Tiny’ in the land of the dinosaurs! 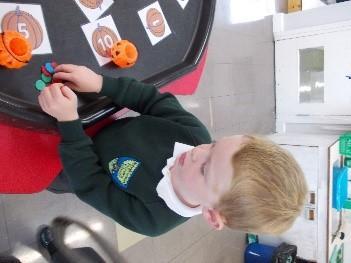 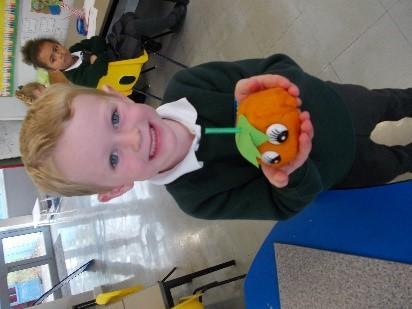 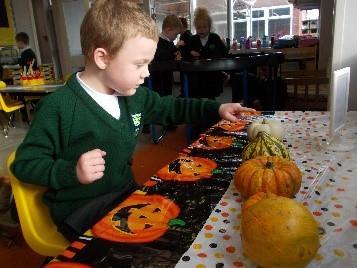 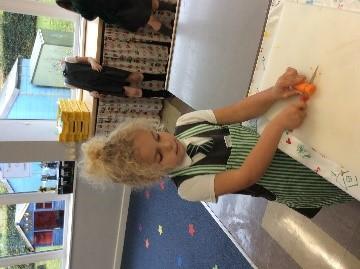 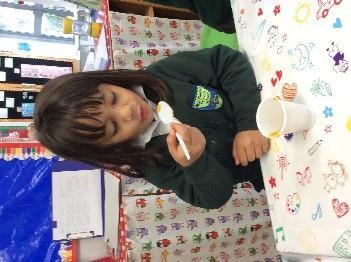 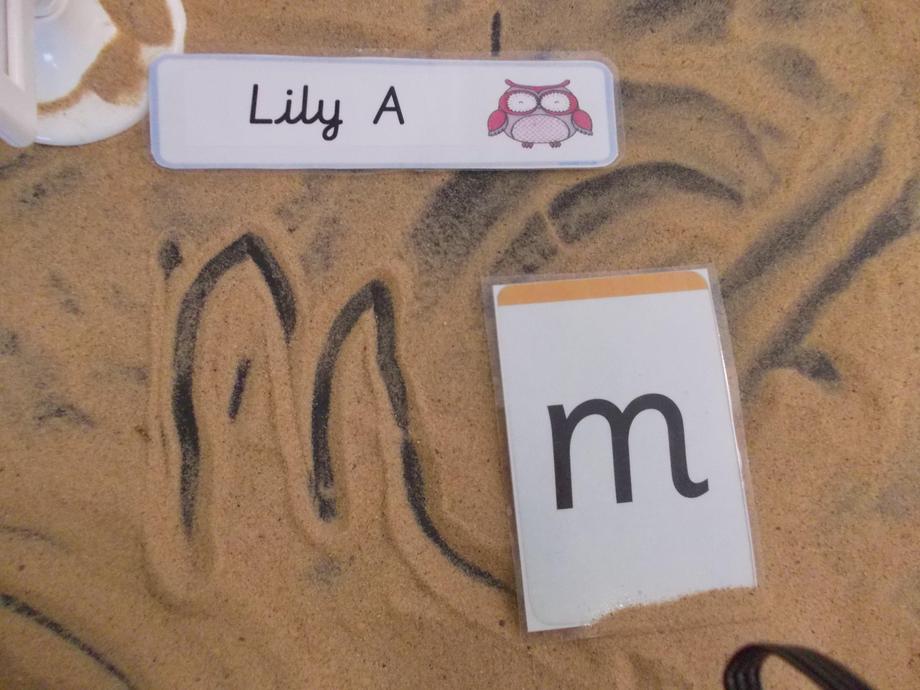 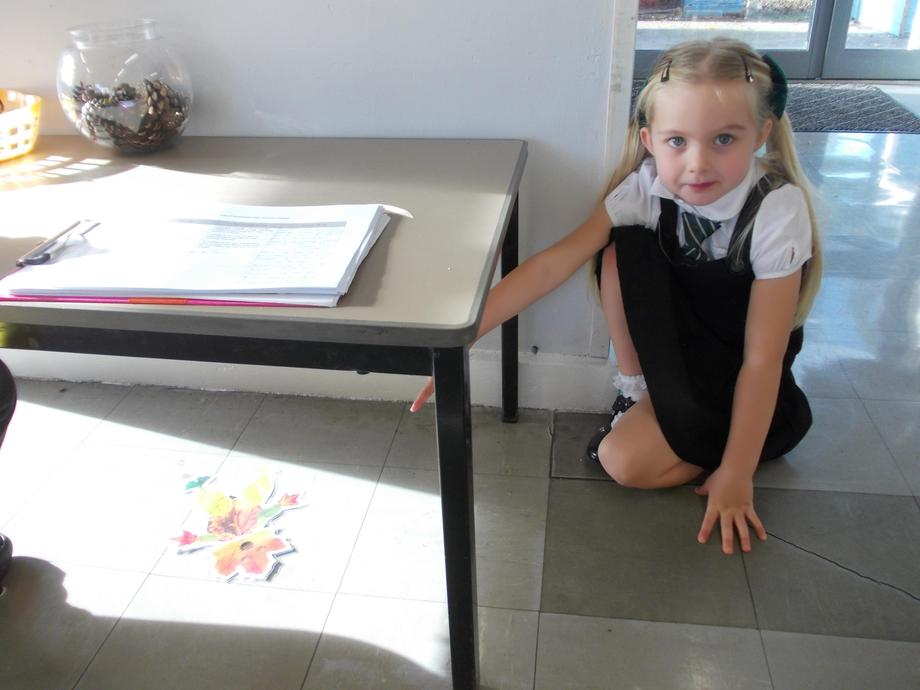 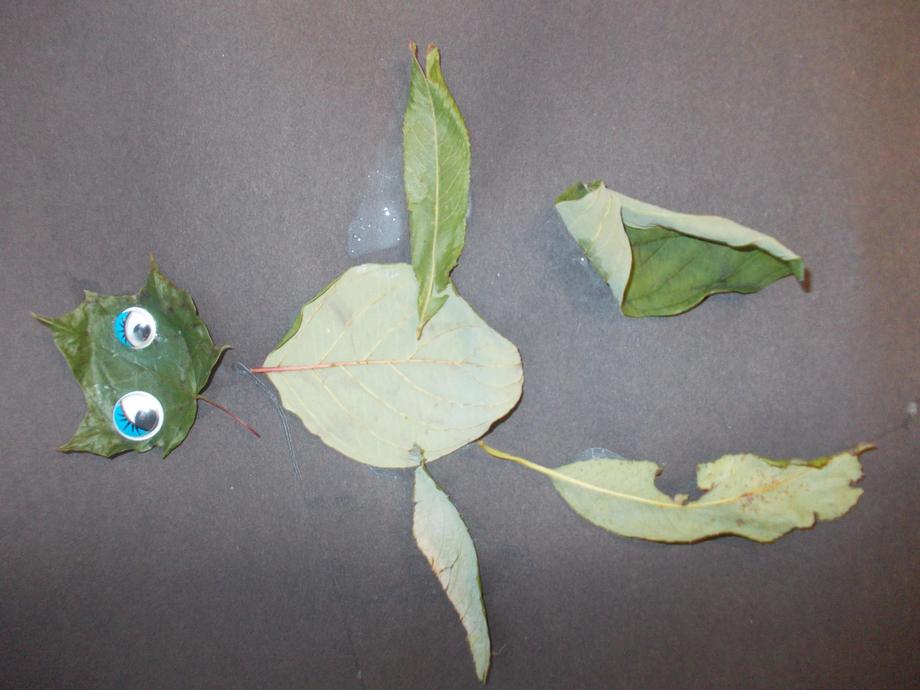 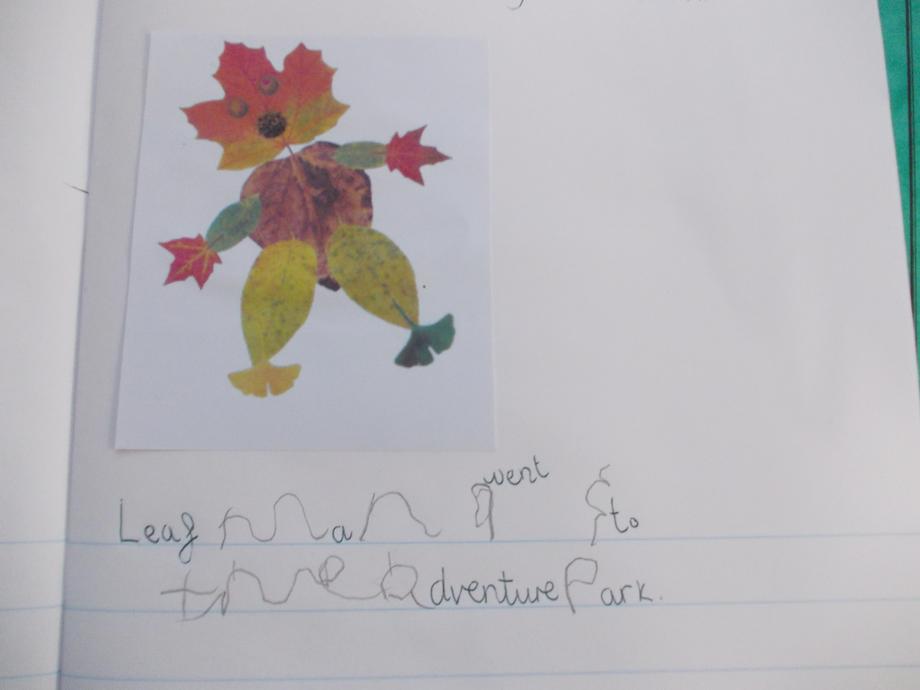 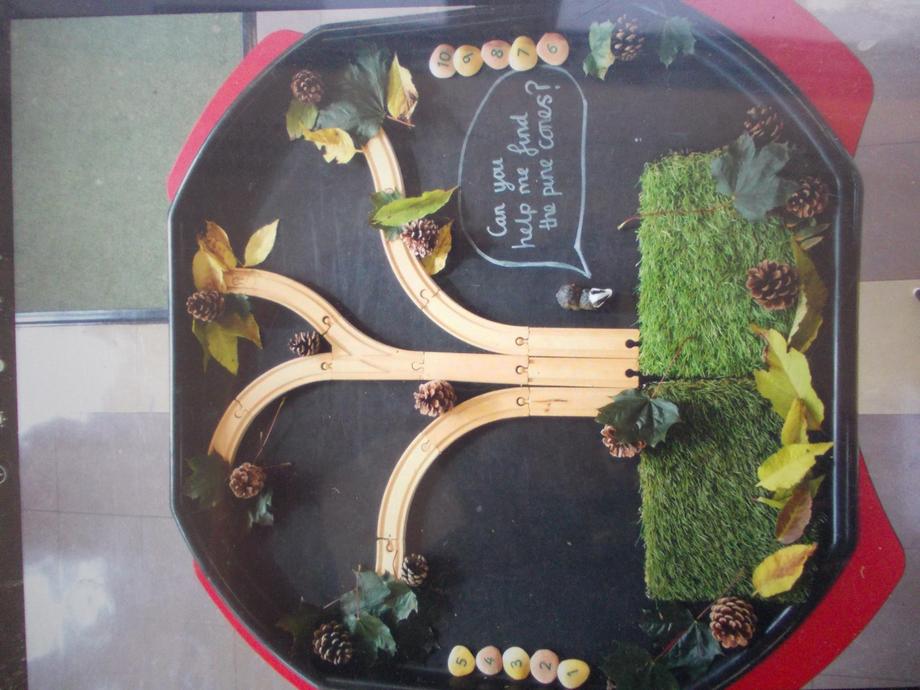 In Tawny Owl class this week we have continued to look at Autumn and Harvest and have been reading the story of Pumpkin Soup.

In maths, we used real pumpkins to put in size order and use the language of size to describe them. We even made our very own pumpkin soup and all tried a bit. Most of us liked it!!

In one tuff spot we helped rescue the spiders in the spider’s web using tweezers. In another one, we practiced counted out counters and placed them into small pumpkin pots to match the numeral cards. Great counting Tawny Owls. At the play dough table we made pumpkins too!

Also this week, in RE with Mrs. Whiteman, we looked at people who help us and the children had great fun putting out the fire in the tuff spot using pipettes, dressing the toys in uniforms and completing puzzles.

Well done to Ryan, who had been our first child to read at home to an adult 20 times and has been awarded his first white karate band. 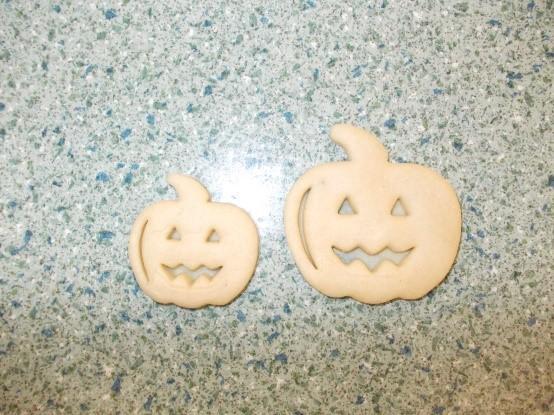 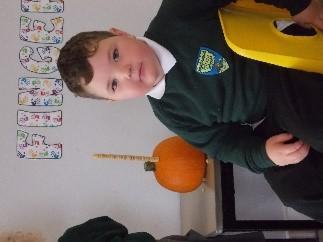 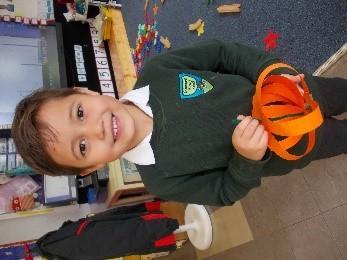 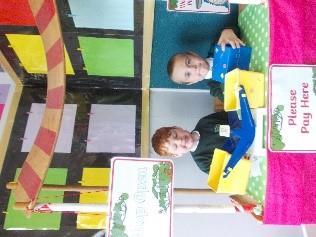 In Tawny Owl class this week we have continued to read the story of Pumpkin Soup.

In maths, we used bingo dabbers to put spots onto pumpkins to match the numeral card. At the children’s request, we kept the  activity in the tuff spot where we rescued the spiders in the spider’s web using tweezers. In the another one, we matched the Numicon pieces to the numeral on the pumpkins. At the play dough table, we made cookies using new pumpkin shaped play dough cutters.

One of our challenges this week was to make a pumpkin following instructions by threading strips of paper onto a pipe cleaner. They look amazing!

This week the home corner became a shop. ‘Pumpkin Patch’ where the children used coins to buy real pumpkins and they love it!

Well done to a few more children who have received their white Karate band for reading at home to an adult 20 times.

Unfortunately not the ones with chocolate chips.

Some cookies are necessary in order to make this website function correctly. These are set by default and whilst you can block or delete them by changing your browser settings, some functionality such as being able to log in to the website will not work if you do this. The necessary cookies set on this website are as follows:

Cookies that are not necessary to make the website work, but which enable additional functionality, can also be set. By default these cookies are disabled, but you can choose to enable them below: